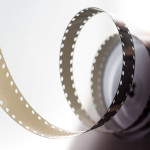 This weekend is a light one at the box office, with one new film coming out in wide release.

The Invisible Man (R) – When Cecilia’s abusive ex takes his own life and leaves her his fortune, she suspects his death was a hoax.  As a series of coincidences turn lethal, Cecilia works to prove that she is being hunted by someone nobody can see.  Stars Elisabeth Moss, and is directed by Leigh Whannell (Saw, Insidious).

This movie was supposed to be part of Universal’s Dark Universe franchise with Johnny Depp starring, but those plans disappeared after The Mummy (2017) flopped.  So now it’s something…different.

Movies still in theaters include Sonic the Hedgehog, Birds of Prey, Fantasy Island, The Photograph, Downhill, and Bad Boys For Life.